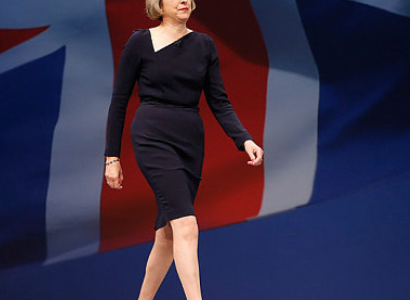 Theresa May will offer British business an olive branch following a series of disputes by vowing to cut corporation tax to a record low.

In a speech to business leaders ahead of the Autumn Statement, Mrs May will commit Britain to having the lowest corporation tax of the world’s 20 biggest economies.

It suggests that the Government will cut corporation tax further and faster than expected, potentially going lower than the 15 per cent rate promised by Donald Trump ahead of the US presidential election.

In a further sign of Mrs May’s desire to improve relations with the business community, it emerged that the Government is to back away from plans to force businesses to put workers on company boards.

As part of the Autumn Statement, Mrs May will also announce £2billion of investment per year for research and development by the end of this Parliament to make Britain a global leader in science and technology.

Philip Hammond, the Chancellor, will also use Wednesday’s fiscal statement to announce a continued fuel duty freeze and more than £1.3billion of spending on roads and rail projects.

However, he was criticised for being “relentlessly negative” about Brexit after saying the UK is facing “unprecedented uncertainty” after voting to leave the EU.

Since becoming Prime Minister, Mrs May has faced a backlash from business leaders angry at the scheme for workers on boards, a desire to curb executive pay and a plan to force companies to disclose how many foreigners they employ, which has since been abandoned.

But in her speech to the Confederation of British Industry, Mrs May makes clear that she wants to repair the damage, telling company bosses that Britain can only thrive after Brexit with their help.

However, she will remind them that they must “play by the rules” and not continue with the “business as usual” approach that has seen public anger over company bosses such as Sir Philip Green and Mike Ashley.

“We will do things differently,” Mrs May will say. “Not carrying on with ‘business as usual’, but opening our minds to new ways of thinking – those of us in government, and those in business too.