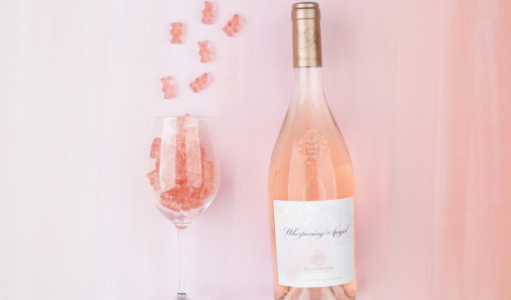 The candy: Sugarfina rosé-flavored gummies, starting at $8.50 for a small box

The back story: In recent years, Americans have become obsessed with rosé, the pink-hued wine that’s considered an ideal summer sipper. But a rosé candy? Sugarfina, an enterprising and often cutting-edge confectioner that has brought the world such treats as Atomic Sours and Maple Bourbon Caramels, decided earlier this year that it was high time to offer its special take on the wine. So the company partnered with the French-based makers of Whispering Angel, a rosé that’s a big seller in the U.S., and created what they call the Yes Way Rosé collection, as in gummies in the shape of bears (Rosé All Day Bears) or flowers (Yes Way Rosé Roses).

To say the candy proved popular would be an understatement. As soon as it went on sale earlier this summer at Sugarfina’s retail stores and website, word spread in viral-like fashion, as if there was a cry of “Stop everything you’re doing. SOMEONE IS MAKING ROSÉ GUMMY BEARS!!!” At one point, the waiting list to purchase the candy reached 18,000 customers.

Sugarfina co-founder Rosie O’Neill says the company has started to catch up with production — it’s on its third massive batch — but she still seems a bit overwhelmed by the response. Either way, she says, the candy “is our number-one seller this year.”

So what’s involved in making rosé gummies? O’Neill says actual Whispering Angel is used — about a case of wine per 1,000 pounds of bears. The alcohol in the wine cooks off during the candy-making process, but the flavor stays, she explains. She says she was inspired to come up with the rosé treat because of Sugarfina’s success with other alcohol-themed candies. The four-year-old company’s biggest seller in its history: Champagne-flavored gummy bears. But O’Neill wouldn’t be surprised to see the rosé gummies overtake that.

What we think about it: We love a good glass of a chilled rosé on a hot day, especially the drier French style that Whispering Angel represents. But a rosé gummy bear is, um, a different animal. The candy is far sweeter than the wine from which it’s made, and therefore not as refreshing, though you still taste the vino in every bite. But it’s hard to resist the novelty factor, especially when you consider Sugarfina’s elegant packaging in clear plastic cubes (or “bento boxes,” as it calls them).

How to enjoy it: As tempting as it might be to pair the candy with the wine, we can’t say the two go quite hand-in-hand — again, the candy is much sweeter. Instead, we’d suggest enjoying the gummies as an après-dinner treat — like a second (or third) glass of wine in edible form.